People of higher intelligence have wider pupils than people of lower intelligence. A possible reason for this is that a wider pupil allows more photons to enter the retina. A person of higher cognitive capacity will be able to make good use of these photons, as they have the hardware to analyze the added photons, meaning the increase in the amount of photons entering the retina provides a selective advantage for these people. 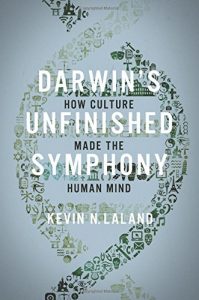 In other words, when high intelligence is paired with wider pupils, human vision becomes more powerful, as there is more visual data received, and there is the power to process these data. By taking in more photons, these people are able to have better distant vision (as their pupils offer a wider surface area for distant photos to be captured) and better peripheral vision, giving them an advantage in hunting, warfare, and perhaps most importantly, social learning. If Kevin Laland’s theory is true that teaching and social learning are the reason our big brains developed, then better vision would have been crucial to this process and would have been selected for. Better visual fidelity would have enabled better ability to learn from the facial expressions of other humans and see their fine hand movements in things like tool-making. It would have also enabled better learning and data-gathering at a distance, so that a person could learn important information even from unfriendly individuals by watching them from a distance.

The theory, therefore, is that higher intelligence and wider pupils together enable humans to have higher visual fidelity compared to other humans. Add this to the much faster reaction times of a high IQ person and you have a person who is better than others at social learning and data-gathering and better at hunting as well.

Related articles
Intelligence: All That Matters by Stuart RitchieOn the Scrabble and IQ debate, or why mastering Scrabble doesn’t require genius
« Failing empire barks87 to Socrates »
Learn Quranic Arabic with my book!
Available in both paperback and Kindle formats.