Abayu (transliteration: Abayū) is a Persian name for boys whose meaning is not known. It was the name of a Persian Companion of the Prophet Muhammad

who was called Abayu the Persian.

Below is the name Abayu written in Arabic naskh script: 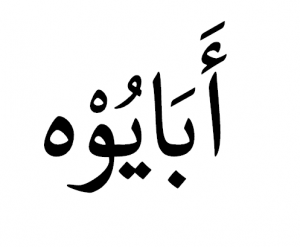 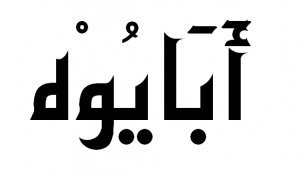