Abd (transliteration: ʿAbd) is an Arabic name for boys that means “slave” or “servant”1. In the Quran and religious literature, it is used to refer to all humans, since all humans are slaves or servants of God in Islam.2

Due to the name’s association with slavery, the word is no longer commonly used by Arabs as a name. In ancient Arabia negative meanings were preferred due to the belief that they warded off harm from the person. There are nine Companions of the Prophet Muhammad

He said, “I am the servant of God. He has given me the Scripture, and made me a prophet.

Another example is verse 34:9:

Do they not reflect upon what lies before them and behind them, of the heaven and the earth? If We will, We can make the earth cave in beneath them, or make pieces of the sky fall down on them. In that is a sign for every devout servant.

Below is the name Abd written in Arabic naskh script: 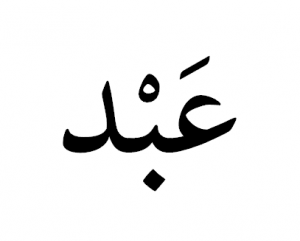 Below is the name Abd written in Arabic kufi script: 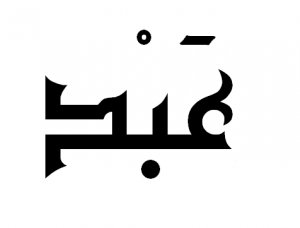