Abyad or Abyaz (transliteration: Abyaḍ, Arabic: أبيض) is an ancient Arabic name for boys that means “the color white”1, “silver” (the metal)2 and “sword”3.

Permitted for you is intercourse with your wives on the night of the fast. They are a garment for you, and you are a garment for them. God knows that you used to betray yourselves, but He turned to you and pardoned you. So approach them now, and seek what God has ordained for you, and eat and drink until the white streak of dawn can be distinguished from the black streak. Then complete the fast until nightfall. But do not approach them while you are in retreat at the mosques. These are the limits of God, so do not come near them. God thus clarifies His revelations to the people, that they may attain piety.

There are six Companions of the Prophet Muhammad

with the name of Abyad:

Below is the name Abyad written in Arabic naskh script: 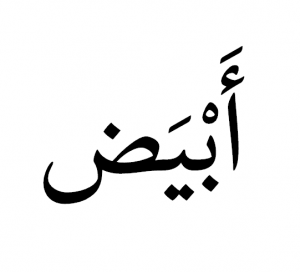 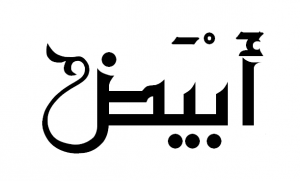