Adam (transliteration: Ādam, Arabic: آدم) is an ancient Middle Eastern name for boys used in various cultures, referring to the first human created by God, called Prophet Adam in Islam. In Arabic Adam means “one who has tanned skin”1, although whether this is the original meaning of the name is uncertain.2 The scholar Al-Raaghib al-Asfahaani mentions various potential meanings of the name, none of which is certain. One such meaning is “that which has a good scent”, since in Arabic the related word al-idām is used to refer to things added to food to improve its scent and flavor.3

The name Adam may also be spelled as Aadam.

The likeness of Jesus in God’s sight is that of Adam: He created him from dust, then said to him, “Be,” and he was.

Below is the name Adam written in Arabic naskh script: 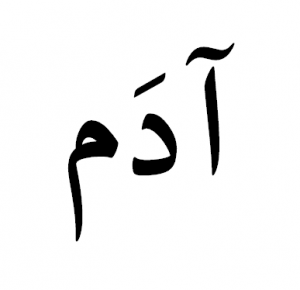 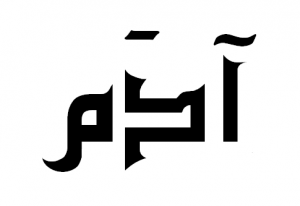 Indeed he is 25 times mentioned in the Quran like Jesus as. Both we the kalimaat Kun. Search for the video about mathematic miracles Adam Jesus in Quran and u Will see InshaAllah