Below is the name Adham written in Arabic naskh script: 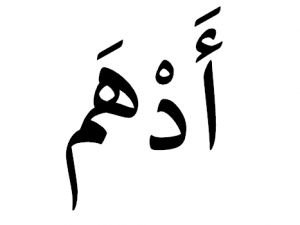 Below is Adham written in Arabic kufi script: 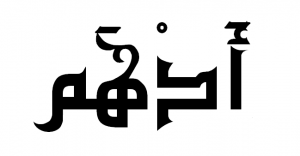 It’s correct meaning or not?

Adham is a very good name it is located in the Quran and is strong has fire in him and he’s not afraid of anything and his name means black which is a strong name and Adham is a Muslim name he likes soccer and basketball he is very smart and king and kind if you have the name Adham your smart strong kind and KING!!!!!!!!!