Adra (transliteration: Adraʿ, Arabic: أدرع) is an Arabic name for boys. The word is used to refer to a horse that has a black chest and a white rest of the body.12

Adra may also be spelled as Adra’.

Below is the name Adra written in Arabic naskh script: 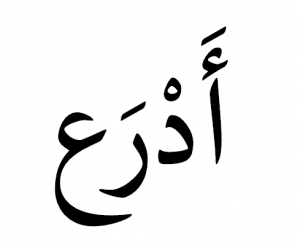 Below is the name Adra written in Arabic kufi script: 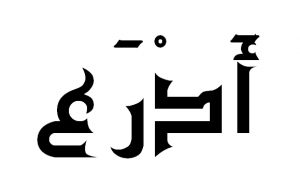