Afra (transliteration: ʿAfrāʾ, Arabic: عفراء) is an Arabic name for girls that means “a white color that is not too white”1, “a white color that has a very light red shade”2, originally meaning “colored like dust”3. Afra is also a nickname for the 13th night of the lunar month.4 When used to describe an animal, it means an animal that is white without patches of other colors.5

Afra may also be spelled as Afraa, Afra’, Aphra and Efra.

Below is the name Afra written in Arabic naskh script: 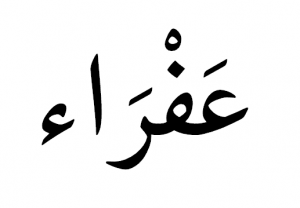 Below is the name Afra written in Arabic kufi script: 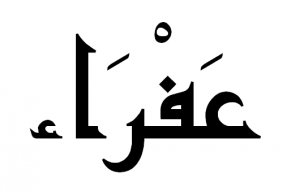 I have got best answer what I am searching for.
I appreciate your initiative.
Thanks

Best page i ever got on internet regarding names meaning n details.