Aghar (transliteration: Agharr, Arabic: ّأغر) is an Arabic name for boys that means “honorable”1, “highly respected”2. It also means “white-colored” (for example when describing the color of an animal).34

Aghar may also be spelled as Agher, Agharr and Agar.

Below is the name Aghar written in Arabic naskh script: 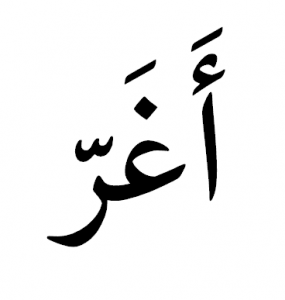 Below is the name Aghar written in Arabic kufi script: 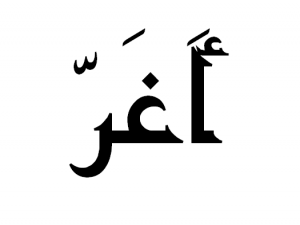