Aghlab (transliteration: Aghlab, Arabic: أغلب) is an ancient Arabian name for boys that means “lion”1, “short and stout”2, “one who has a thick neck”34. When referring to a garden as aghlab, it means the garden is thick with plants.5 In modern Arabic, the word aghlab has come to be used to mean “most”, “the majority of”.6 It, however, continues to be used as a name by Arabs.

Below is the name Aghlab written in Arabic naskh script: 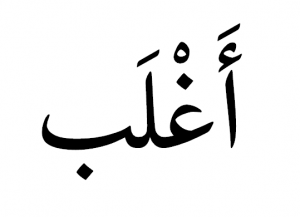 Below is the name Aghlab written in Arabic kufi script: 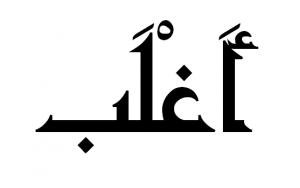