Ajda (transliteration: Ajdaʿ, Arabic: أجدع) is an ancient Arabian name for boys that means “one whose nose is cut”.12 It can also refer to an ear being cut (as in an animal’s ear cut for some purpose).3 In ancient Arabia it was common to give children names with negative meanings due to the belief that it protected them from envy.

Ajda may also be spelled as Ajdaa and Ajda’.

Below is the name Ajda written in Arabic naskh script: 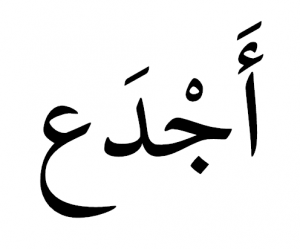 Below is the name Ajda written in Arabic kufi script: 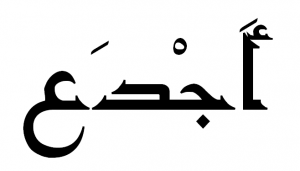