Ajlah (transliteration: Ajlaḥ, Arabic: أجلح) is an Arabic name for boys that means “one who is bald in the sides of his head”1, “one whose hair is receding at the front”2 When used to describe an ox, it means an ox that does not have horns.3

Below is the name Ajlah written in Arabic naskh script: 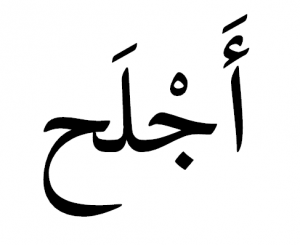 Below is the name Ajlah written in Arabic naskh script: 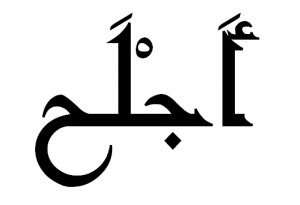