Ajma (transliteration: ʿAjmāʾ, Arabic: عجماء) is an Arabic name for girls that means “one who does not speak fluent or eloquent Arabic”1, “tree-less plain of sand”2, “silent/non-talkative”3, “cattle”4, named so as a reference to the fact that they do not speak. Amja is also used to refer to any of the daytime formal prayers (ṣalāhs) due to the fact that the Quran is not recited aloud in these prayers.5 Ajma is also the name of a plant.6

There is one Companion (Sahabiyyah) of the Prophet Muhammad

Below is the name Ajma written in Arabic naskh script: 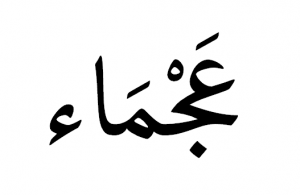 Below is the name Ajma written in Arabic kufi script: 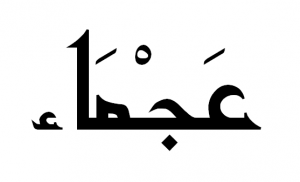