The word Akbar is used over 20 times in the Quran, below are some examples:

See how We have favored some of them over others; yet the Hereafter is greater in ranks, and greater in favors.3

Below is the name Akbar written in Arabic naskh script: 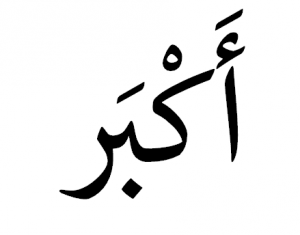 Below is the name Akbar written in Arabic kufi script: 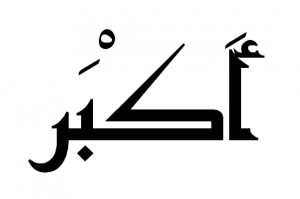