Akhdar (transliteration: Akhḍar, Arabic: أخضر) is an Arabic name for boys that means “green” (the color).1When describing a young man, it means one whose beard has just started to grow.2

stayed during the Tabuk Campaign.3

The word Akhdar is used once in the Quran:

He who produced fuel for you from the green trees, with which you kindle a fire.4

Below is the name Akhdar written in Arabic naskh script: 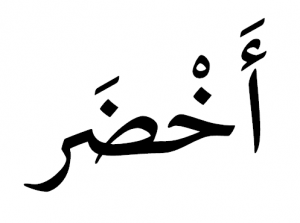 Below is the name Akhdar written in Arabic kufi script: 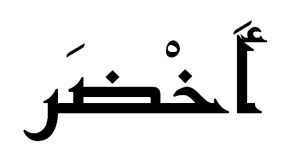