Aliya (transliteration: ʿĀliyah) is an Arabic name for girls that means “lofty”, “high”, “at the top”, “the top part of something”1. Aliya is also another name for the Hijaz, the part of Arabia that contains the cities of Mecca and Medina.2

with the name of Aliya:

9. Satisfied with their endeavor. 10. In a lofty Garden.

Below is the name Aliya written in Arabic naskh script: 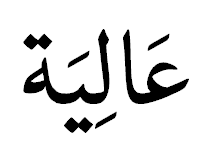 Below is the same name written in Arabic ruʿqah script: 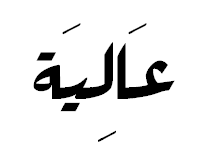 I Love the name ‘Aliya’ bcuz i bear it.

MashaAllah you have a very beautiful name

I Love the name Aliyah and those who bear the name.