The word Amad is used in four places in the Quran. Below are two examples:

Then We awakened them to know which of the two groups could better calculate the length [of time] of their stay.5

Say, “I do not know whether what you are promised is near, or whether my Lord will extend it for a period.”6

Below is the name Amad written in Arabic naskh script: 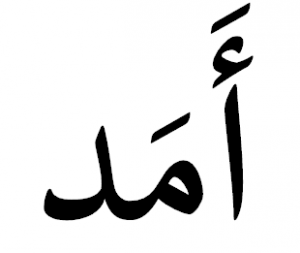 Below is the name Amad written in Arabic kufi script: 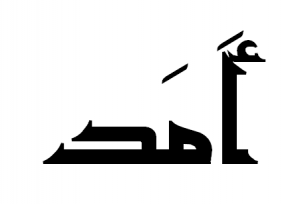