This article is an Islamic answer to Sam Harris and those who follow in his tracks. Below is a video that shows the dynamics of the free-will-denying discourse; the way it uses a collection of scientific facts to leap to the conclusion that there is no room for free will:

The main argument of the video can be stated as this: if this universe is a closed physical system, then everything that happens inside it is a consequence of the system itself.

If you imagine this universe as a closed box with atoms floating inside it, when you see an atom move faster than another, you do not say that atom chose to move faster. The atom has no free will. You instead say that the way this atom interacted with those other atoms caused it to move faster.

Sam Harris’s philosophy is therefore entirely reliant on the assumption that the universe is, when it comes to free will, a closed system. If everything we do is a consequence of the design of the brain and body and our past experiences, then naturally this means there is no room for free will. According to this view, if you have perfect knowledge of everything that goes into a person’s brain, and perfect knowledge of their physiology, then you can predict with 100% accuracy every one of their thoughts and actions. They are just a highly sophisticated robot responding to their own design and their environment.

Islam’s answer to that is this: this universe is a simulation with the soul residing outside of it. We are happy to acknowledge everything scientists say about the way human behavior is affected by material causes. But we reject the unproven hypothesis, the leap of faith of free will deniers, that this leaves no room for free will. By placing the soul outside the universe, we can say that the soul can act independently of the universe. It can “transcend” the universe and do its own thing when it chooses.

The most fundamental question when it comes to the question of free will, according to the Islamic perspective, is whether God exists. From there we can come to whether the soul exists. And from there we can come to the material universe. The soul, according to Islam, is “more real” than the universe, the same way that in the film The Matrix the real people are outside the universe, controlling avatars inside it. The universe is merely like a computer game, with the players residing outside.

While as a soul I am constantly affected by the universe, by my hormones and past experiences, since I am “more real” than these things, I can “sit back”, think apart from all that, and come to choices that are not demanded by the material factors. I am like Neo in the Matrix; my avatar inside the Matrix an send all kinds signals to my real self which resides outside of. But since my real self is outside of it, it continues to maintain a form of independence from the Matrix; it can transcend it. I can choose to be selfless and generous even if all material causes make me want to be otherwise.

As Muslims we say the player is more real than the game and controls it. They say there is no player; there is just the game. They are like characters stuck inside a video game, or inside the Matrix, denying that there could be anything outside the game. And they keep telling us about the wonderful features of the game and how it affects the avatar as if this proves there is no reality beyond it. To them everyone in the game is an NPC (non-playable character) controlled by the game itself. To us, humans are real players who are not deterministically controlled by the game, even though the game affects them strongly. 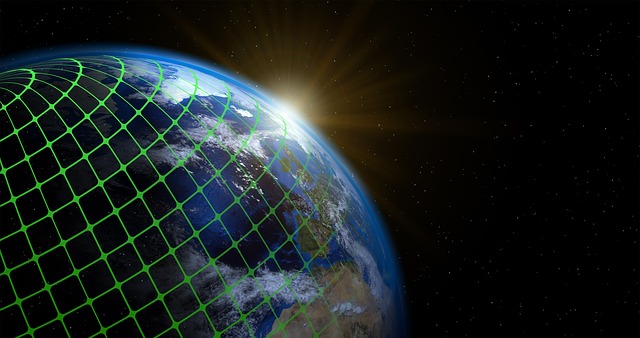 They will say that since there is no proof that there is anything outside the game, we must believe the game is all that there is. That is another way of saying that there is no reason to be Muslim (and have such beliefs about the universe) since there is no proof that Islam is God’s one true religion. To that I say that since I have experienced God through the Quran, and since thousands of great men and women before me have also experienced God in similar ways (and not just Muslims), I could not be anything but Muslim. To me my framework, my worldview, is more authoritative than theirs. There is no scientific proof that God or the soul do not exist, or that Islam is false. But there is strong soft (not hard) evidence for the truth of Islam. Therefore my view of the universe, to those who have had similar experiences to mine, actually has more evidence on its side than their view of the universe. I take a leap of faith based on experience and soft evidence. They take a leap of faith that goes against experience (all humans act as if free will exists even if they can come up with clever theories to deny it) and that only has soft evidence behind it (suggestive facts about the way human behavior is affected by physiology and the environment).

If they say that only foolish people believe in religion and that more intelligent people will believe in their worldview, the evidence of the real world disproves their claim. There are highly religious Muslims and Christians who believe in a worldview similar to mine who are just as intelligent as any atheist or non-believer in free will.

For more on the Islamic theory of the universe as a simulation and a discussion of soft versus hard evidence, see my essay: Al-Ghazali’s Matrix and the Divine Template: A Plausible Reconciliation of the Quran and the Theory of Evolution

This article is based on an email I sent to a friend who sent me the video above and asked for an Islamic answer to it.

Related articles
Jordan Peterson eclipsed Richard Dawkins and Sam Harris in 2018 when it comes to search interestIslam’s theory of free will versus physical determinism: Why humans are responsible for their actions even though God operates the universe
« Getting braces is permissible in IslamCatching a child watching pornography as a Muslim parent »
Learn Quranic Arabic with my book!
Available in both paperback and Kindle formats.