Aqeel (transliteration: ʿAqīl, Arabic: عقيل) is an Arabic name for boys that means “wise”, “intelligent”, “sagacious”.12 Aqeel was the name of a cousin of Prophet Muhammad

Aqeel is also spelled as Aqil, Aquil and Aquille.

Below is the name Aqeel written in Arabic naskh script: 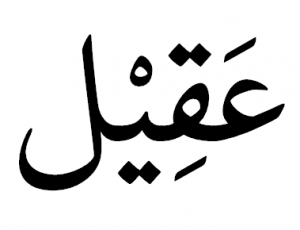 Below is the name Aqeel written in Arabic kufi script: 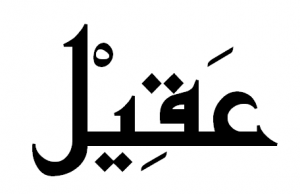