Aqram (transliteration: Aqram, Arabic: أقرم) (not to be confused with Akram) is an Arabic name for boys that means “stud”, “stallion”, “bull”, a male animal that is left uncastrated and is not used for farm labor.12

Below is the name Aqram written in Arabic naskh script: 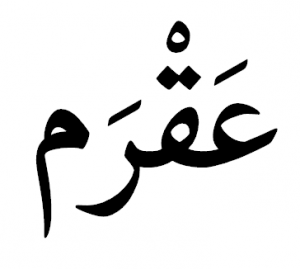 Below is the name Aqram written in Arabic kufi script: 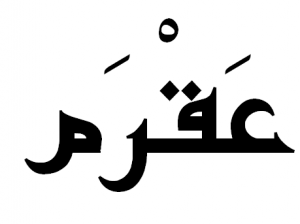