Areeb (transliteration: ʿArīb, Arabic: عريب) is an Arabic name for boys that is a synonym of muʿrib1, which means “Arabian” (as in “Arabian horse”)2 and “one who speaks Arabic fluently and eloquently”3 Areeb also means “pure water”.4

Areeb is also spelled as Arib.

Below is the name Areeb written in Arabic naskh script: 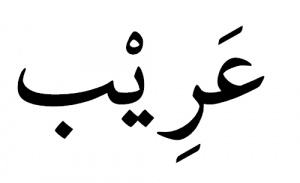 Below is the name Areeb written in Arabic kufi script: 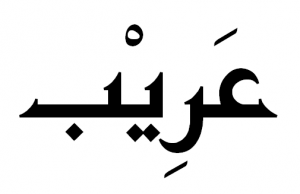