Asam (transliteration: Aṣam, Arabic: أصم) is an Arabic name that means “deaf”. It also refers to the month of Rajab, because the sound of fighting is not heard in it (due to it being one of the Forbidden Months in which fighting was forbidden before and after Islam).1 The word Asam is used figuratively to mean “obstinate”, a person who refuses to listen to advice and suggestions.2

The parable of the two groups is that of the blind and the deaf, and the seeing and the hearing. Are they equal in comparison? Will you not reflect?

Below is the name Asam written in Arabic naskh script: 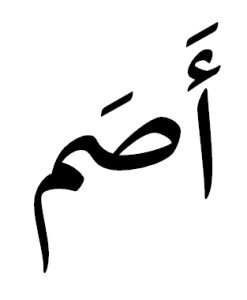 Below is the name Asam written in Arabic kufi script: 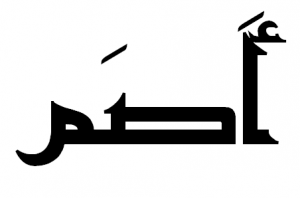