Asbagh (transliteration: Aṣbagh, Arabic: أصبغ) is an Arabic name for boys that means “white-maned (horse)”.12 Asbagh can also mean “white-tailed (bird)”3, but according to al-Mutarrizi when it is used as the name of a person, it is the first meaning (“white-maned”) that is meant by it, at least in the case of the father of Ṭumāḍir bint al-Asbagh, wife of the Companion Abdulrahman bin Awf.4

Below is the name Asbagh written in Arabic naskh script: 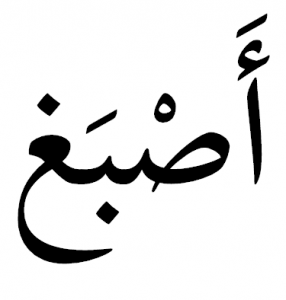 Below is the name Asbagh written in Arabic kufi script: 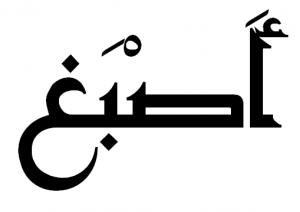