Asiyah (transliteration: Āsiyah, Arabic: آسية) is an Arabic name for girls that means “melancholic”1 When describing a building, it means “sturdy”, “robust”.2 It also means “column”, “pillar”.34 Asiyah is also used to refer to the continent Asia5, although today the standard way to refer to Asia is the word آسيا (Āsyā).

The name Asiyah is most famous for being the name of the Pharaoh’s wife in the story of Moses, her full name is mentioned as Asiyah bin Muzāḥim.6 There is also one Sahabiyyah (female Companion of the Prophet Muhammad

Below is the name Asiyah written in Arabic naskh script: 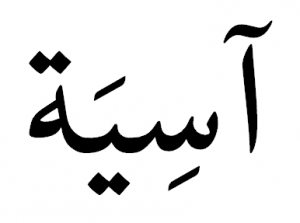 Below is the name Asiyah written in Arabic kufi script: 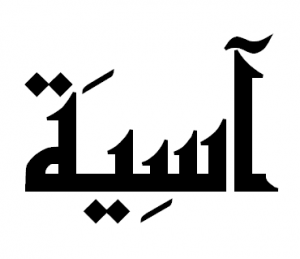