Awsat (transliteration: Awsaṭ, Arabic: أوسط) is an ancient Arabian name for boys that means “noble”, “high-born”, “high in status”, a respected and honored man who comes from a well-known family.1 It also means “the best” (of anything).2 Its literal meaning is “middle”, “moderate”.3

The word Awsat is used twice in the Quran:

God does not hold you accountable for your unintended oaths, but He holds you accountable for your binding oaths. The atonement for it is by feeding ten needy people from the moderate (average) of what you feed your families, or by clothing them, or by freeing a slave. Anyone who lacks the means shall fast for three days. That is the atonement for breaking your oaths when you have sworn them. So keep your oaths. Thus God makes clear His Revelations to you, that you may be grateful.4

The most moderate/reasonable of them said, “Did I not say to you, ‘if only you would glorify?’”5

Below is the name Awsat written in Arabic naskh script: 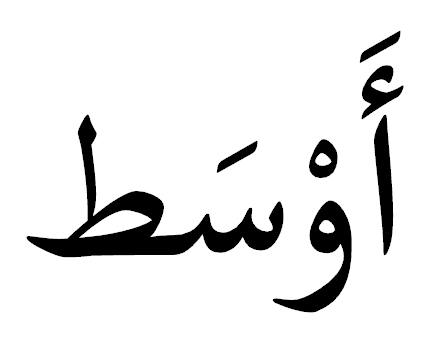 Below is the name Awsat written in Arabic kufi script: 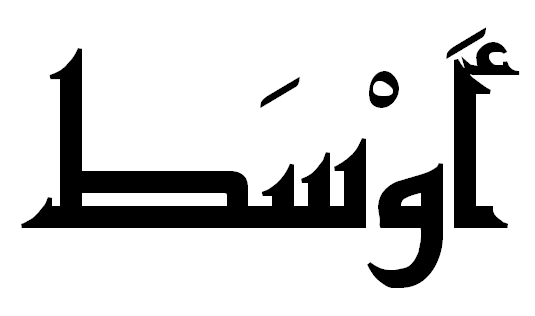