Ayman (transliteration: Ayman, Arabic: أيمن) is an Arabic name for boys that means “right-handed”, “on the right (as opposed to left) side”, “blessed”, “prosperous”, “lucky”, “auspicious”.12

There are five Companions of the Prophet Muhammad

The word Ayman is used three times in the Quran:

And We called him from the right side of the Mount, and brought him near in communion.3

O Children of Israel! We have delivered you from your enemy, and promised you by the right side of the Mount, and sent down to you manna and quails.4

When he reached it, he was called from the right side of the valley, at the Blessed Spot, from the bush: “O Moses, it is I, God, the Lord of the Worlds.5

Below is the name Ayman written in Arabic naskh script: 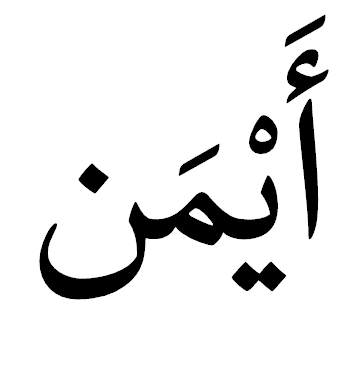 Below is the name Ayman written in Arabic kufi script: 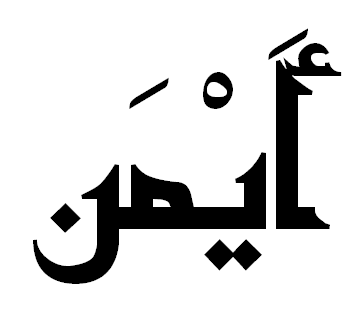