Ayub (transliteration: Ayyūb, Arabic: أيّوب) is an Arabic name for boys that means “one who returns often”, meaning one who returns often to God, one who repents often and continually returns to being obedient toward God after sins.1 Ayub is the name of one of the Prophets of God mentioned in four places in the Quran, who is also mentioned in the Christian Bible (known as Job in English). Prophet Job is known for his patience in the face of great adversity both in Islamic and Christian cultures.

Ayub is also spelled Ayyub, Ayoob, Aiyub and Ayoub. In Turkish the name is spelled Eyüp. 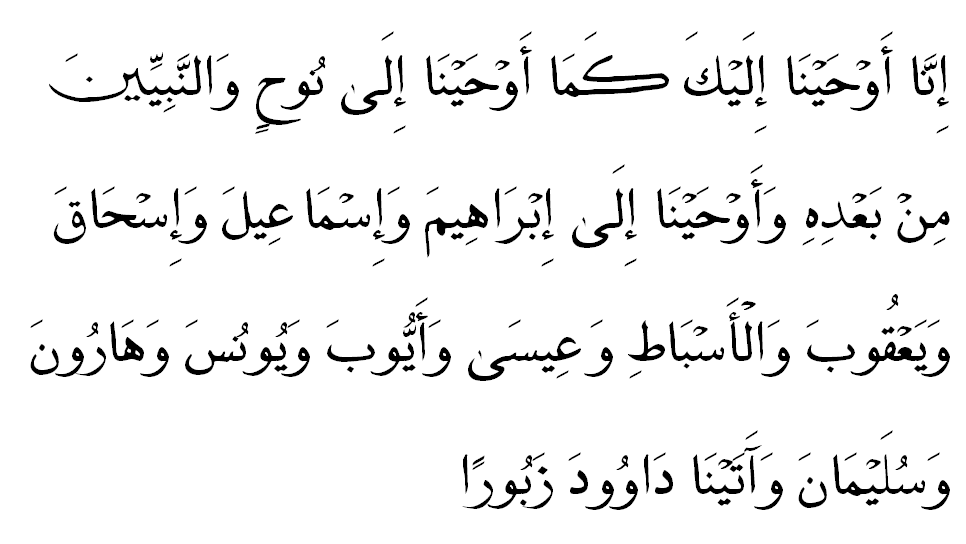 We have inspired you, as We had inspired Noah and the prophets after him. And We inspired Abraham, and Ishmael, and Isaac, and Jacob, and the Patriarchs, and Jesus, and Job, and Jonah, and Aaron, and Solomon. And We gave David the Psalms.2

And We gave him Isaac and Jacob—each of them We guided. And We guided Noah previously; and from his descendants David, and Solomon, and Job, and Joseph, and Moses, and Aaron. Thus We reward the righteous. 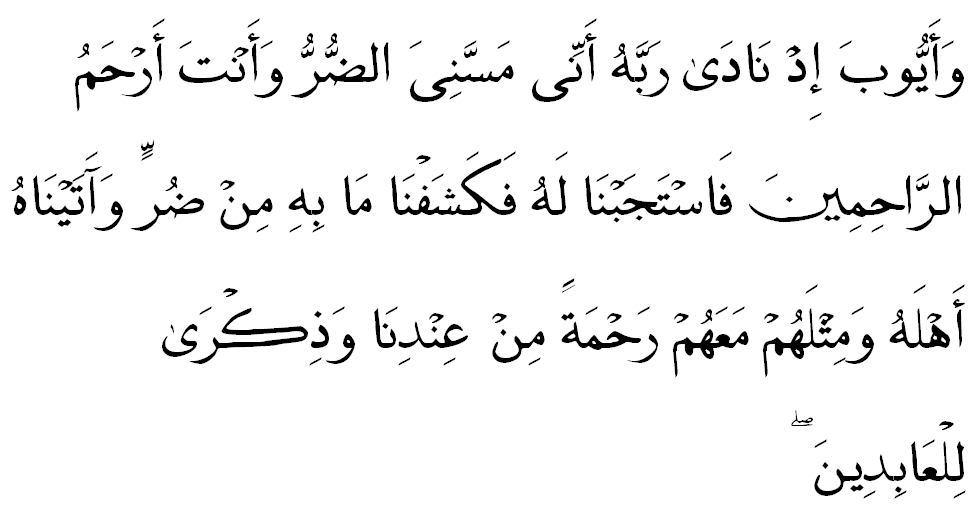 83. And Job, when he cried out to his Lord: “Great harm has afflicted me, and you are the Most Merciful of the merciful.” 84. So We answered him, lifted his suffering, and restored his family to him, and their like with them—a mercy from Us, and a reminder for the worshipers.3

And mention Our servant Job, when he called out to his Lord, “Satan has afflicted me with hardship and pain.”4

Below is the name Ayub written in Arabic naskh script: 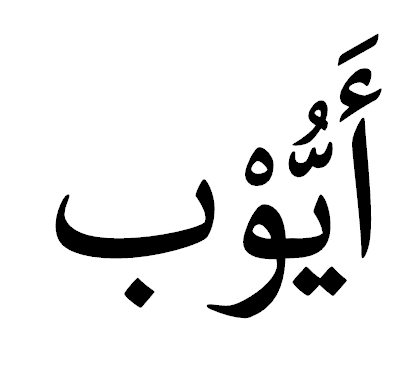 Below is the name Ayub written in Arabic kufi script: 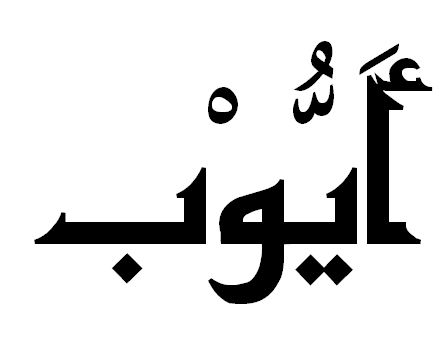