Azbat or Adbat (transliteration: Aḍbaṭ, Arabic: أضبط) is an Arabic name for boys that means “lion”.1 It also means “ambidextrous”, a person who works with both hands (as opposed to a right-handed or left-handed person).23 It also means “one who has a firm hold (on something)”.45 In modern Arabic it is used with the meaning of “free from flaw”, “well-regulated”, as when describing someone’s handwriting.6

Below is the name Azbat written in Arabic naskh script: 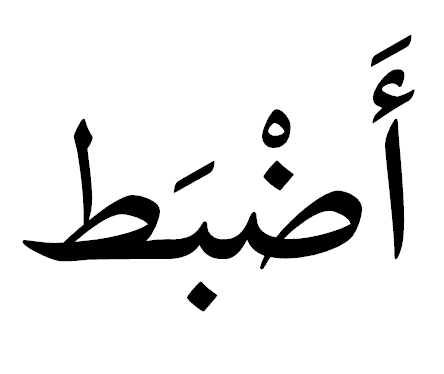 Below is the name Azbat written in Arabic kufi script