Azraq (transliteration: Azraq, Arabic: أزرق) is an Arabic name for boys that means “blue” (the color).1 It means “pure” when used to describe water.2 Azraq is also used with the meaning of “hawk”, “falcon” and “leopard”.34

Below is the name Azraq written in Arabic naskh script: 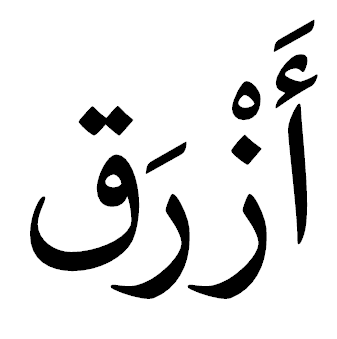 Below is the name Azraq written in Arabic kufi script: 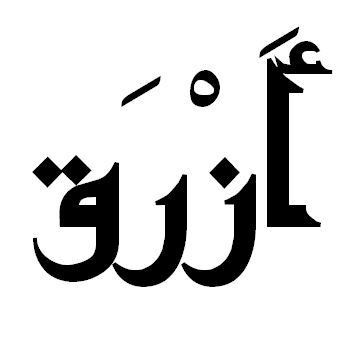