Badr (transliteration: Badr, Arabic: بدر) is an Arabic name for boys that means “full moon”.12 Badr is the name of a famous well between the cities of Mecca and Medina near which the Battle of Badr was fought (on the 17th of Ramadan of the second year of the hijra, equivalent to the 13th of March, 624 CE).3 The literal meaning of Badr is “speediness”, “alacrity”, “lack of delay”.4

God had given you victory at Badr, when you were weak. So fear God, that you may be thankful.

There are five Companions of the Prophet Muhammad

Below is the name Badr written in Arabic naskh script: 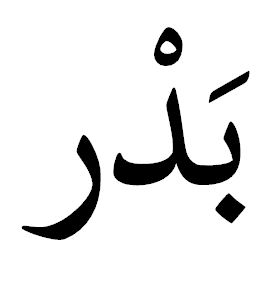 Below is the name Badr written in Arabic kufi script: 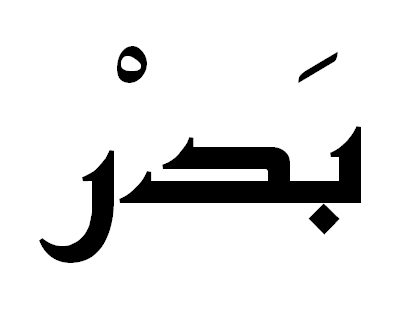