Badra (transliteration: Badra, Arabic: بدرة) is an ancient Arabian name for boys that means “quick”, “sharp” (when describing someone’s eyes).1 It also refers to a leather bag in which water or coins is kept,2, and because of this it developed the meaning of “(a bag containing) ten thousand dirhams”.3

Below is the name Badra written in Arabic naskh script: 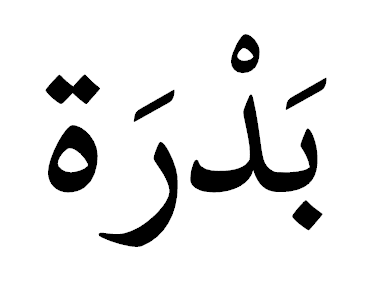 Below is the name Badra written in Arabic kufi script: 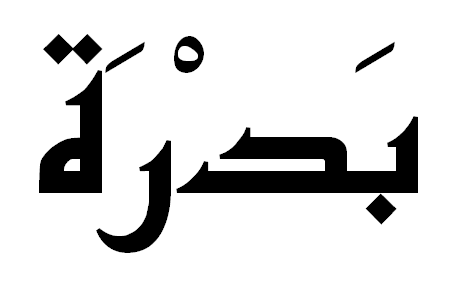