Bakkar “one who rises early in the morning” (such as to go to work),1 from bukra, which means “early morning”.2

Below is the name Bakkar written in Arabic naskh script: 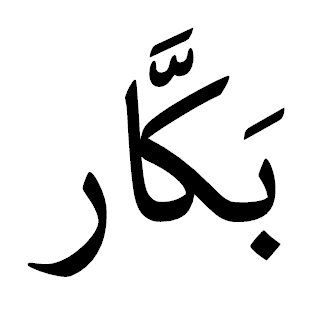 Below is the name Bakkar written in Arabic kufi script: 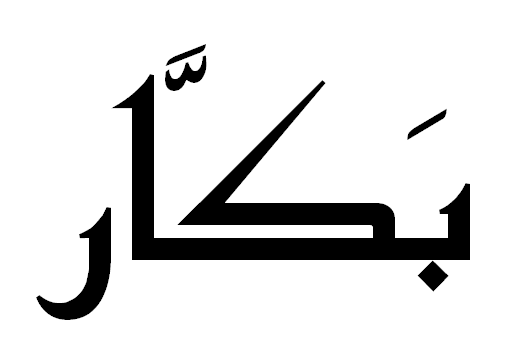