Baqeera (transliteration: Baqīra, Arabic: بقيرة) is an ancient Arabian name for girls that refers to a type of garment worn by women. Its literal meaning is “something that has a slit, because it was worn by putting it over the neck through a slit in the garment.1 Ibn ʿAbbād says it is worn by Indian women.2

Below is the name Baqeera written in Arabic naskh script: 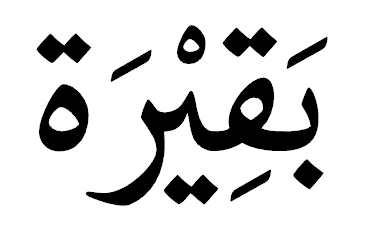 Below is the name Baqeera written in Arabic kufi script: 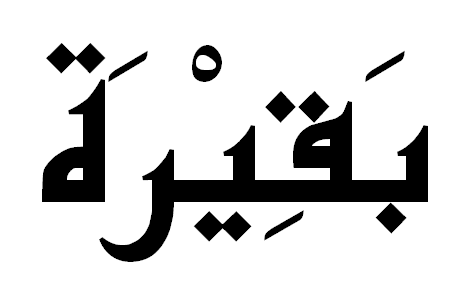