The word Baraa is used twice in the Quran:

When Abraham said to his father and his people, “I am innocent of what you worship."5 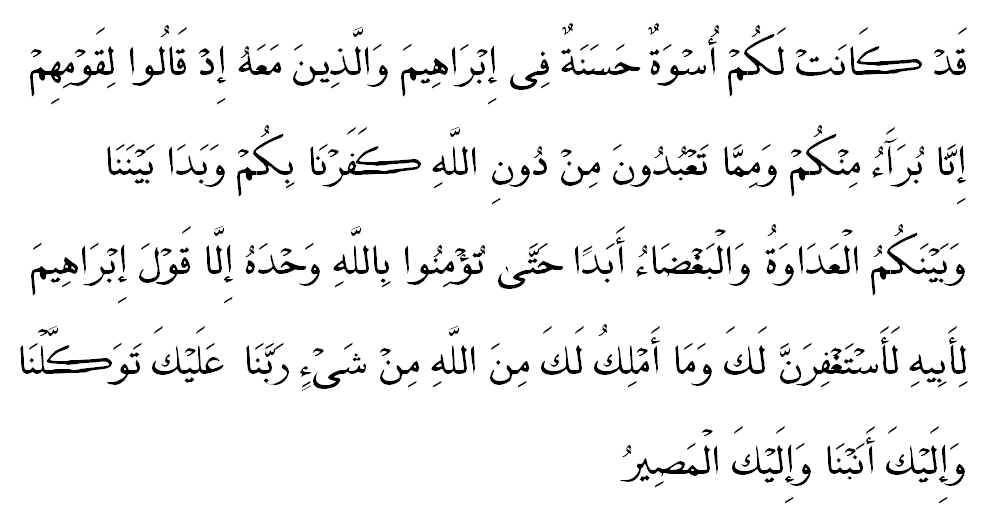 You have had an excellent example in Abraham and those with him; when they said to their people, “We are innocent of/dissociated from you, and what you worship apart from God. We denounce you. Enmity and hatred has surfaced between us and you, forever, until you believe in God alone.” Except for the words of Abraham to his father, “I will ask forgiveness for you, though I have no power from God to do anything for you.” “Our Lord, in You we trust, and to You we repent, and to You is the ultimate resort.6

There are eight Companions of the Prophet Muhammad

named Baraa (all of them men):

Below is the Baraa written in Arabic naskh script: 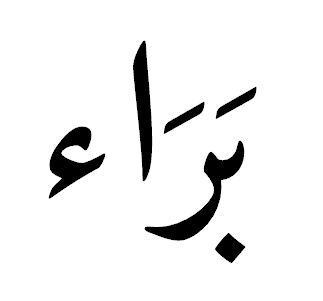 Below is the name Baraa written in Arabic kufi script: 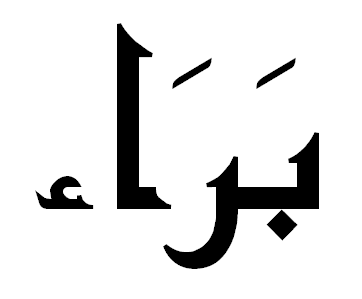