Barza (transliteration: Barza, Arabic: برزة) is an Arabic name for girls that means “dignified”, “self-respecting”, “respected”, “one whose good qualities are apparent”, “a dignified middle-aged woman who mixes with men and takes part in their conversation and is listened to (because of her wisdom and status)”.1234

Barza may also be spelled Barzah.

Below is the name Barza written in Arabic naskh script: 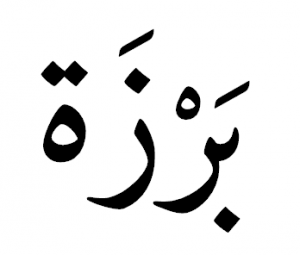 Below is the name Barza written in Arabic kufi script: 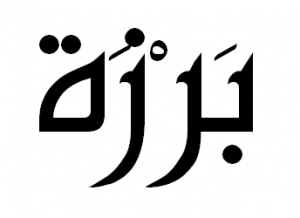 Barza (transliteration: Barza, Kurdish: بەرزە) is a Kurdish name for girls that means “the high one”, “the tall one”, “the respected one”, “the exalted one”, from the Kurdish word barz (“high”, “exalted”).5 It may also be a shortened form of Barzā, which means “first-born”.6

Below is the name Barza written in Kurdish: 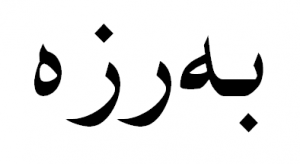