Basra (transliteration: Baṣra, Arabic: بصرة) is an ancient Arabian name for boys that is variously described as referring to “soft stones”, “soft white stones”, “tough clay”, “red land”.1234 Basra is also the name of an important city in Iraq, the residence of the famous Companion Anas bin Malik and the ascetic and scholar al-Hasan al-Basri.

Below is the name Basra written in Arabic naskh script: 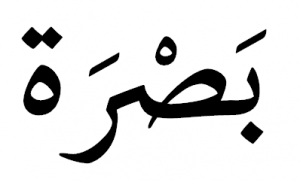 Below is the name Basra written in Arabic kufi script: 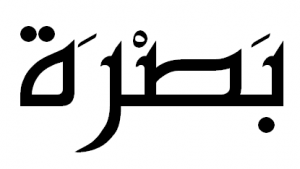