Bistam (transliteration: Bisṭām, Arabic: بسطام) is an Arabic name for boys that is the Arabized form of the Persian name Gestahm, which was the name of a maternal uncle of Khosrow II, the last king of the Sassanian Empire who reigned from 590 to 628 CE. 1 It is possible that the name is derived from the Pahlavi words bas tahm, meaning “extremely heroic”, “great champion”.2 Bistam is also the name of a city in the Greater Khorasan region of eastern Iran, also called Bustam and Bastam.34

Below is the name Bistam written in Arabic naskh script: 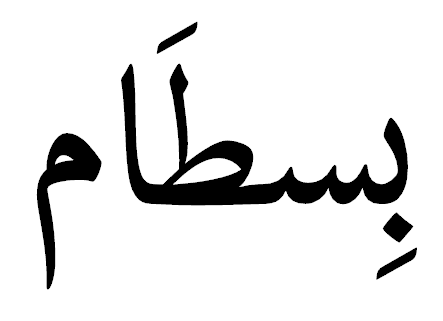 Below is the name Bistam written in Arabic kufi script:

Below is the name Bistam written in Persian nastaliq script: 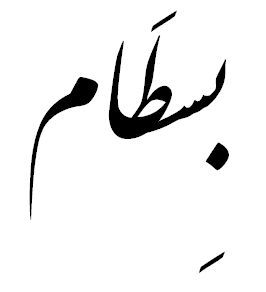