Bujaid (transliteration: Bujayd, Arabic: بجيد) is an Arabic name for boys that is the diminutive form of either bajd, which means “a group or company of people”1, or bajad, which means “a group of 100 or more horses”.2 Bujaid may also be a diminutive of Abjad, which was the name of one of the pre-Islamic kings of Yemen. Abjad is a non-Arabic word whose original meaning is not known, but which came to be used to mean “alphabet”.34

Below is the name Bujaid written in Arabic naskh script: 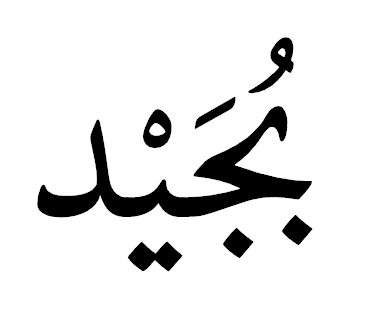 Below is the name Bujaid written in Arabic kufi script: 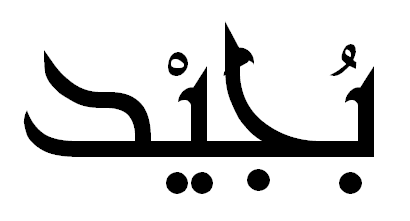