Buraid (transliteration: Burayd, Arabic: بُريد) is an Arabic name for boys which could mean “leopard”, “an animal, especially an ox, that has black and white spots”, “one who is cool/cold”, 12 The name’s meaning cannot be known with certainty because it could be derived from bard, barad or abrad, all of which have differing meanings.3

Below is the name Buraid written in Arabic naskh script: 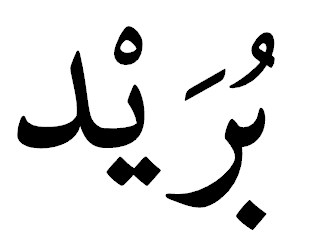 Below is the name Buraid written in Arabic kufi script: 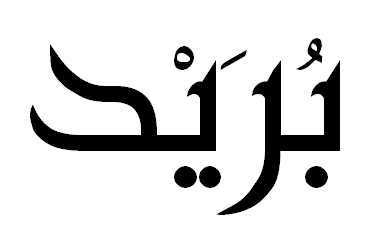