Buraida (transliteration: Burayda, Arabic: بريدة) is an Arabic name for boys and girls that means “little burda“1. The burda is a type of Arabian garment famous for being worn by Prophet Muhammad

...the modern بردة, in every case in which I have seen it, I have observed to be an oblong piece of thick woollen cloth, generally brown or of a dark or ashy dust-colour, and either plain, or having stripes so narrow and near together as to appear, at a little distance, of one colour; used both to envelop the person by day and as a night-covering: the بردة of Mohammad is described as about seven feet and a half in length, and four and a half in width, and in colour either أَخْضَر or أَحْمَر, i. e. of a dark or ashy dust-colour or brown...2

named Buraida. The first two are male, the third one is female:

Below is the name Buraida written in Arabic naskh script: 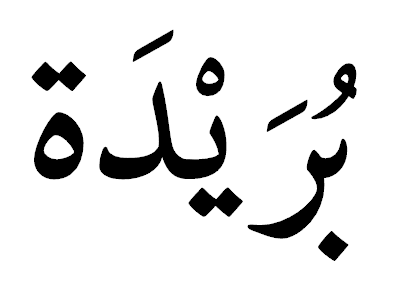 Below is the name Buraida written in Arabic kufi script: 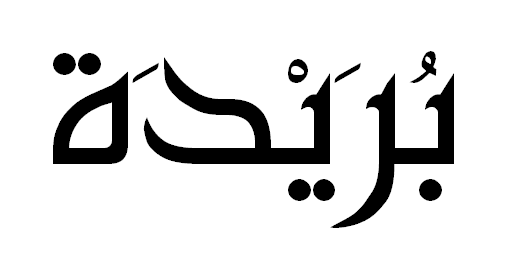