In the previous post I compared China’s scientific growth to South Korea’s. In this post I do the same for Iran. Iran’s gap with South Korea is narrower than China’s gap. In 2017 it was only 13 years behind South Korea when it came to scientific research output per capita. This gap might continue growing due to Iran being larger and more difficult to industrialize. But now that South Korea’s per-citizen scientific output is in decline, Iran (and China) have a good chance of catching up with it within the next decade. 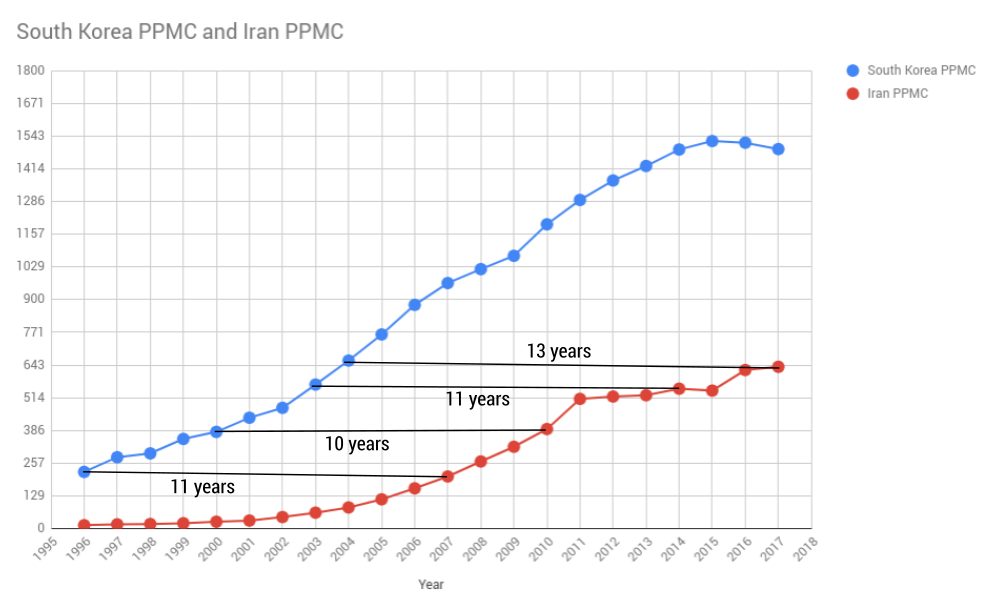 Related articles
The incredible growth of science in the Muslim world: The scientific output of Muslim countries in 2017How backward is Russia compared to Europe and the United States and when will it catch up?On thinking that Muslims are ignorant and contribute little to scienceThe Last Mufti of Iranian Kurdistan (And a Critique of Political Islam)Failing empire barksChina’s scientific output per capita compared to Malaysia’s
« Comparing China's scientific output to South Korea'sMalaysia and Iran's scientific growth compared »
Learn Quranic Arabic with my book!
Available in both paperback and Kindle formats.