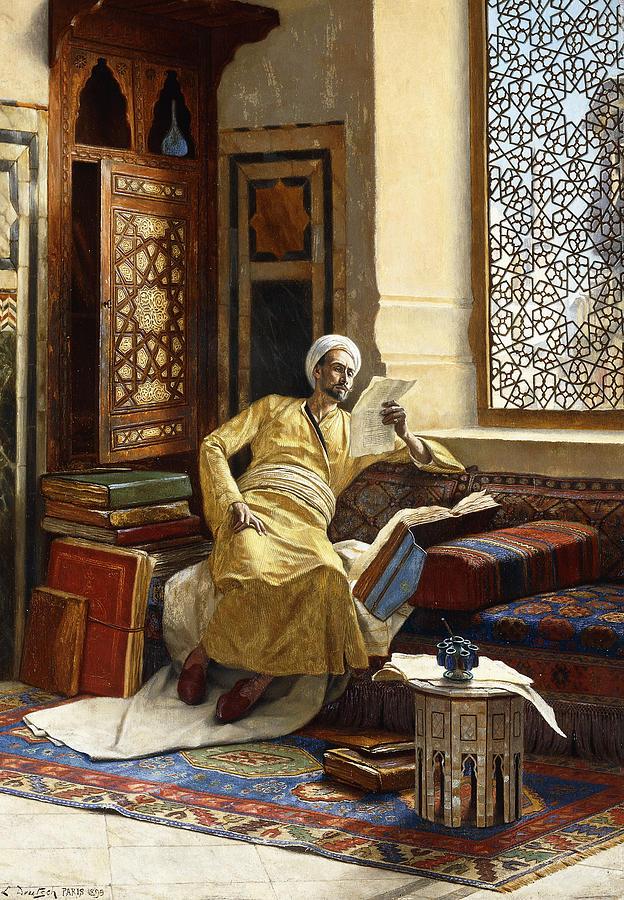 Ali Paya (an Iranian professor of philosophy) writes in a 2016 article regarding al-Ghazali’s saying that Islamic jurisprudence is a science that is superior to the non-religious sciences:

Such an attitude, which can be seen both among fuqahā’ and mystics (Ghazzali belonged to both groups) has had a continuous and seriously negative impact upon the healthy development of science and technology in Islamic culture’s ecosystem.1

Is it really surprising that religious scholars should think that their field is more important than other fields? And where is the evidence that their attitude “has had a continuous and seriously negative impact upon the healthy development of science and technology in Islamic culture’s ecosystem”?

Imagine if there had been no religious scholars at all in the Islamic areas. Would their absence have removed this supposed negative influence on the development of science? I would say the opposite is much more likely. Their activities could encouraged intellectual exploration in the following ways:

As far as I can tell, the theory that Islamic scholars held back scientific development is nothing but armchair theorizing. It is obvious to certain type of thinker that religious scholars should have a negative influence in this regard. But without strong empirical evidence, this should be treated as groundless hypothesizing; Islamic scholars may have been essential to all intellectual developments the Middle East enjoyed until recently.

For propaganda reasons, there are many (not speaking of Paya) who like to focus on the rare Islamic clerics who espouse anti-modern attitudes while ignoring the far greater number of clerics who fully embrace modern science and knowledge.

When it comes to history, blaming the presence of a certain influence is always a dangerous business because there is no way to conduct experiments to find out whether the blame is really justified. Unless someone goes back in history, removes all or most of the Islamic scholars, then looks to see if centuries later scientific progress happens earlier or later, they should not presume to voice strong opinions on this matter (unless they find another way of empirically testing their hypothesis). For all that we know, the Islamic world may have been far more undeveloped by 1800 had it not been for the influence of Islamic scholars. And there is good reason to believe this, because there are no sustainable civilizations that lack a strong religious basis. Once the religious influence is removed, the civilization enters a phase of slow-motion collapse (low fertility rates being a very good indicator of the civilization’s unsustainbility, as is the case in all modern secularized nations). The presence and activity of Islamic scholars helped maintain Islam’s relevance through time, helping maintain its power over the Islamic world. Had they not done that, Islam could have fallen into irrelevance as happened to Greco-Roman religion.

Of course, Islamic scholars could have done more to promote science. But we can say the same regarding just about anyone.

Related articles
The Islamic Case for Scientific Empiricism and Skepticism toward Supernatural PhenomenaOn sexism and misogyny in hadith narrations and the books of scholarsScience in the Islamic world grew at the fastest rate in 2018On thinking that Muslims are ignorant and contribute little to scienceAn Imam was fired for believing in evolutionOn Islam’s view of psychology and scientific reductionism
« On the hadiths of the punishment of image-makers (al-muṣawwirūn)Terry Pratchett and "The People" »
Learn Quranic Arabic with my book!
Available in both paperback and Kindle formats.