Upon publishing my new book, Object-Oriented PHP Best Practices, as an Amazon paperback, I was dismayed to see how ugly the cover looked on their site: 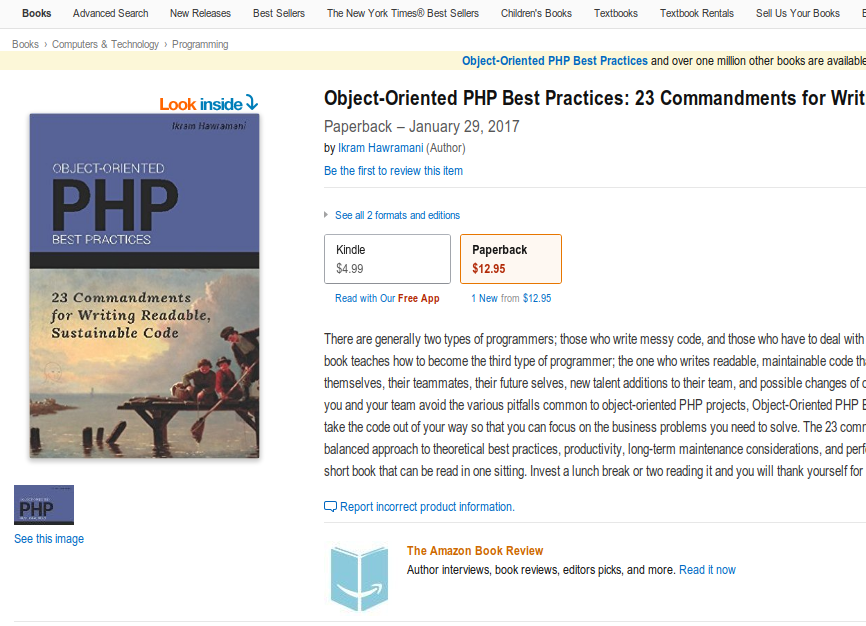 I had provided the book’s cover as a PDF saved from Photoshop. I realized that the issue was that Amazon’s software had trouble properly rasterizing the text in the PDF. For this reason, I went back to Photoshop, went to Layer -> Flatten Image to rasterize the image, then saved that as a separate PSD file (since you will lose all layers in the image, making the cover’s text impossible to edit in the future), and then from there saved it as a PDF. I uploaded the new cover to KDP, and a day or two later, I checked the paperback’s page and was happy to see that it looks good now: 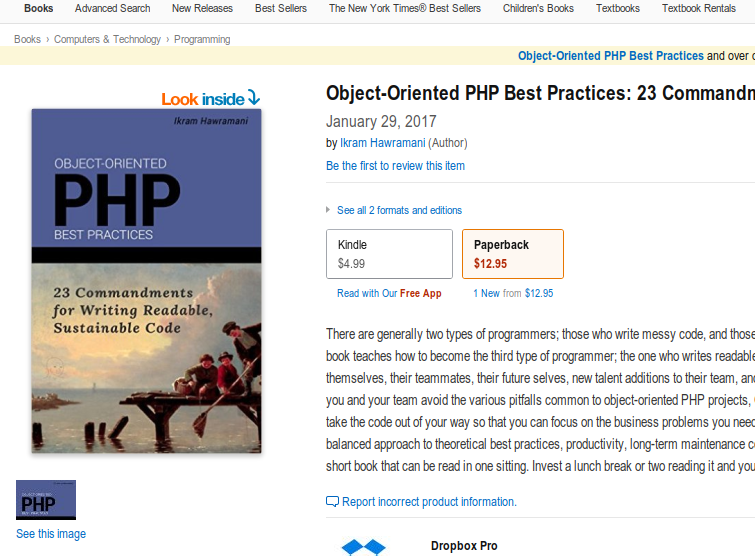 « Setting the default search path for Catfish File SearchCharting the Strauss-Howe Generational Theory in 2017 »
Learn Quranic Arabic with my book!
Available in both paperback and Kindle formats.