Is it true that it's haram for Muslims and non Muslims to be friends. I didn't know this until I read the Qur'an because no one told me about it. It says that the believers can't take non-believers as awliyaa and in my Qur'an the translation says friends. I asked my friend and she told me it means political ally but in 9:71 Allah describes believers that are friends with eachother and there is no political notation there.

As a Muslim you should get into the habit of reading the whole Quran and judging one part in the context of the rest, instead of giving all attention to one verse and forgetting the rest. Verse 60:8 of the Quran says:

As for those who have not fought against you for your religion, nor expelled you from your homes, God does not prohibit you from dealing with them kindly and equitably. God loves the equitable. 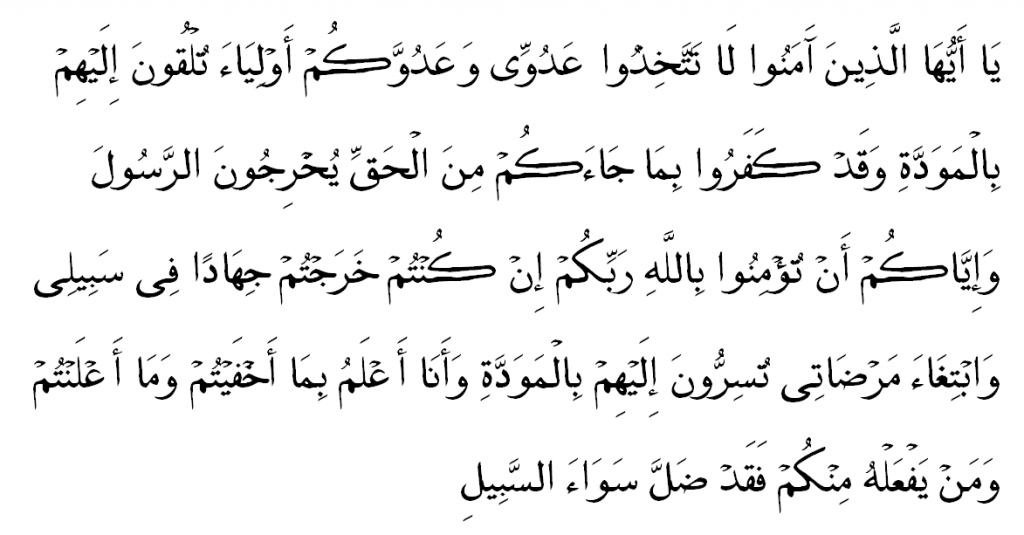 O you who believe! Do not take My enemies and your enemies for supporters, offering them affection, when they have disbelieved in what has come to you of the Truth. They have expelled the Messenger, and you, because you believed in God, your Lord. If you have mobilized to strive for My cause, seeking My approval, how can you secretly love them? I know what you conceal and what you reveal. Whoever among you does that has strayed from the right way.

As for those who have not fought us because of our religion and who have not expelled us from our homes, we are allowed to treat them in whatever way is culturally and humanly appropriate.

By being Muslim the Quran does not ask you to stop being a human. It merely tries to reform you and prevent you from doing evil and foolish things (like befriending those who would happily kill you and your family for gain if they got the chance). There is nothing wrong with befriending a good and kind non-Muslim who wishes you no harm; this is what your conscience tells you and this is what the Quran tells you.

I have read the Quran dozens of times in multiple languages and have not found a single thing that goes against my conscience. If you find such a thing in it, it means you haven’t understood it fully, or that you are reading one interpretation of a particular verse or passage when various interpretations are possible.

And God knows best.
Asking questions is temporarily unavailable. Sorry for the inconvenience.
Related articles
On having empathy toward non-MuslimsThe meaning of not taking Christians and Jews as allies in the QuranCan we gift the Quran to non-Muslims?On Muslim hypocrisy in not defending other persecuted peoplesThe Quranic and Prophetic Way to Treating Non-MuslimsWhat to do if you cannot find interesting and like-minded Muslims to befriend
« Dealing with cruelty from one's own familyOn sexism and misogyny in hadith narrations and the books of scholars »
Learn Quranic Arabic with my book!
Available in both paperback and Kindle formats.