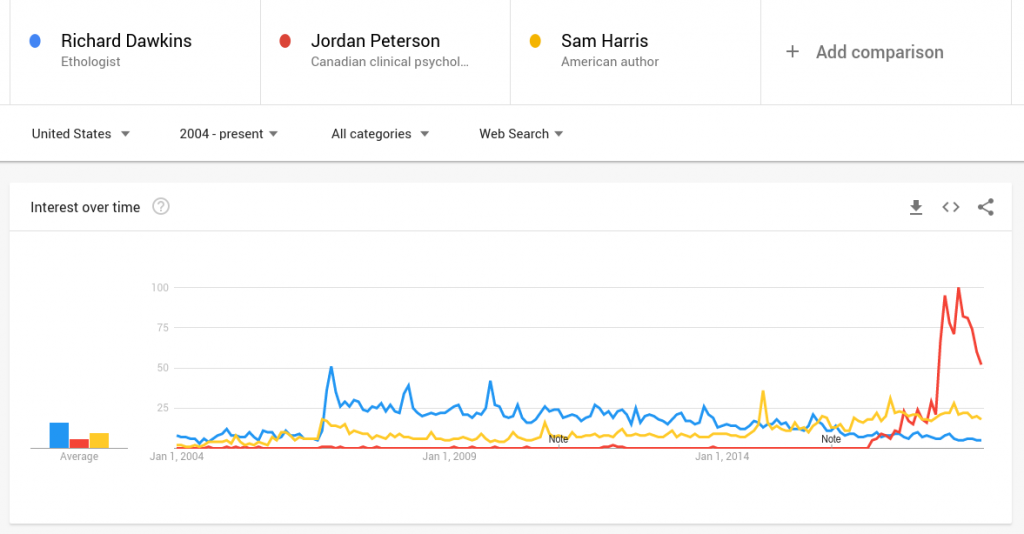 Jordan Peterson doesn’t really have too many insights to offer, he tries to teach what the best religious mysticism teaches but without the religious ingredient. He may change a few lives, and he may have a good influence on changing many people’s notions about leftism. But I do not expect him to have a lasting effect, because his teachings lack the essential aspect of replicability which religion has. Without replicability, teachings like those of Peterson will fail to spread beyond a small group of true believers. 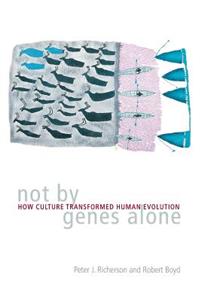 It is very difficult for parents to ensure that their children grow up morally upright because, as the sociocultural evolutionists Richerson and Boyd point out, the effects of non-parents on children’s values and beliefs are much stronger than the effects of parents.

In Small Gods (1992), the atheist writer Terry Pratchett expresses his belief that it is possible to be a nice and decent human being without having to carry all that religious baggage:

What have I always believed?
That on the whole, and by and large, if a man lived properly, not according to what any priests said, but according to what seemed decent and honest inside, then it would, at the end, more or less, turn out all right.
You couldn’t get that on a banner. But the desert looked better already. 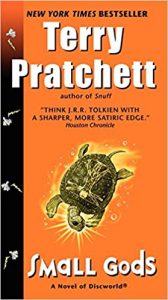 Maybe it would have been great if things were really like that. But the reality is that atheists suffer what might be termed the generational devolution of morality. An atheist born to religious parents can perhaps be just as upright as his parents while abandoning their religious ideas. But that is not the true test of irreligious morality. The true test is this: can the atheist bring up children just as morally upright as themselves? And can their children bring up grandchildren just as morally upright as the children?

While a minority will likely be able, through much hard work and care, to bring up morally upright children, for example by having them read the classics, when it comes to the majority, the abandonment of religion always, generation after generation, leads to the abandonment of moral uprightness.

The scientific reason for this might be that religion enables parents to “outsource” the transfer of moral uprightness. The hard work of ingraining all those moral ideals into the brains of your children is done through a society-wide mechanism that is all-pervading, always-on and self-perpetuating (the child acquires the “virus” of religion, likes it and passes it on). Atheists have to “reinvent the wheel” by bringing up morally upright children who believe in the same principles as they themselves believe, without enjoying this vast system of persuasion and perpetuation. If the religious mechanism sounds scary and dystopian, I want to point out that it does not have to be. You can be as kind and gentle as the kindest and gentlest person you can imagine and still enjoy the benefits of these mechanisms on your children, raising them to be kind and gentle and religious like yourself.

The results of secular efforts to replace religion with alternative moralities are as pathetic as you would expect. There is no secularized society whose majority is not made of juvenile-minded, unprincipled, selfish and short-sighed men and women. They complain about unethical and anti-consumer corporations while investing their retirement savings in these very same corporations’ stocks. They complain about the banks while constantly borrowing from them. They complain about corrupt politicians while continually voting the same enemies of the people and puppets of the banks and the state back into office because they promise them shiny new things.

There are many decent irreligious people. But the longer the society continues without religion, the rarer they will become.

The reality seems to be that it is simply impossible to bring up morally upright, responsible and long-term minded citizens in a secularized society. Secular morality is always a defective wannabe religion that is incapable of convincing the majority of people to act by it. The nice, kind and moral secular people you see in the West are perhaps all second or third-generation offspring of upright Christians who continue to enjoy Christianity’s teachings in an unsystematic and vague manner, for now. With each generation those teachings are going to fade more, out-competed by the influences of secular society (films, songs, books). It has taken just one human lifetime for the United States to go from a world where Wall Street and Congress had many highly principled humans (thanks to Christianity’s influence) to a world where they have become almost impossible to spot. I am not saying there was some golden age 80 years ago when Christian morality was still taken seriously. It is, rather, the difference between 10% of the elite being principled 80 years ago compared to 1% being principled today. And that makes all the difference in the world. A few good men and women in a power structure can prevent a great deal of evil.

Those who think that humanistic ideals can replace religion should remember that the greatest historical humanists were all highly religious people and many were priests. Secularism is just a recent social experiment, and the results are not encouraging.

Related articles
Terry Pratchett and “The People”Reconciling Islam and Darwinian Evolution: Al-Ghazali’s Matrix and the Divine TemplateAn Islamic answer to Sam Harris and other deniers of free willJordan Peterson causes a tripling of interest in The Gulag Archipelago
« Programming for Complete Beginners Code ExamplesAn Islamic defense of free speech (a critique of Ziauddin Sardar's views on Rushdie's Satanic Verses) »
Learn Quranic Arabic with my book!
Available in both paperback and Kindle formats.