In the previous posts I compared South Korea’s scientific output per capita with China’s, then with Iran’s. In this post, I will compare Iran and Malaysia, to see how far behind Iran is compared to Malaysia. It took Iran until 2003 to reach the same scientific output level as Malaysia had in 1996, meaning that it was 6 years behind. But by 2006 Iran had achieved parity with Malaysia, both countries were publishing the same amount of scientific research per capita. But the two countries started diverging in 2008, with Malaysia far outpacing Iran’s growth (perhaps due to the sanctions on Iran reducing its ability to fund research). It took Iran until 2014 to reach Malaysia’s level of 2010. As late as 2017, Iran had not reached Malaysia’s levels of 2011. Besides sanctions, another reason might be Iran’s much larger geographical size making scaling scientific research costlier in time and money, as is also the case in China. 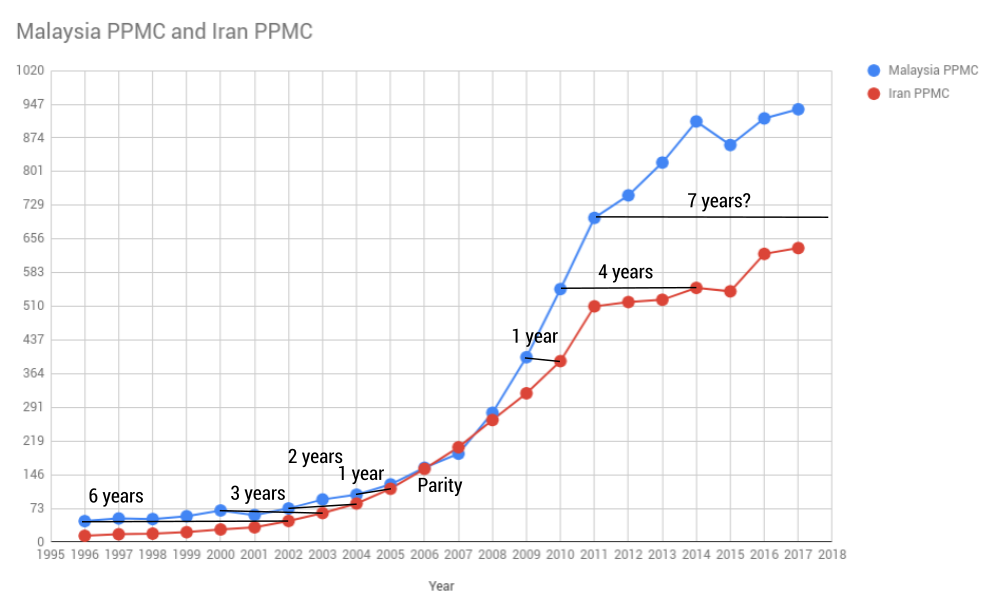