As part of my series of posts comparing the scientific output per capita of different countries, in this post I will compare South Korea and Malaysia. This is an interesting comparison because South Korea is one of the most recently industrialized parts of Asia, while Malaysia is the most industrialized Muslim-majority country in the world. In 1996, Malayisa was 11 years behind South Korea in scientific output per capita (how many scientific papers it published per million citizens). This scientific productivity gap narrowed to seven years between 2003 and 2005, then it started widening again, so that in 2017 it was more than 10 years. Now that South Korea’s output is declining, Malaysia might be expected to slowly catch up with it in the next decade. 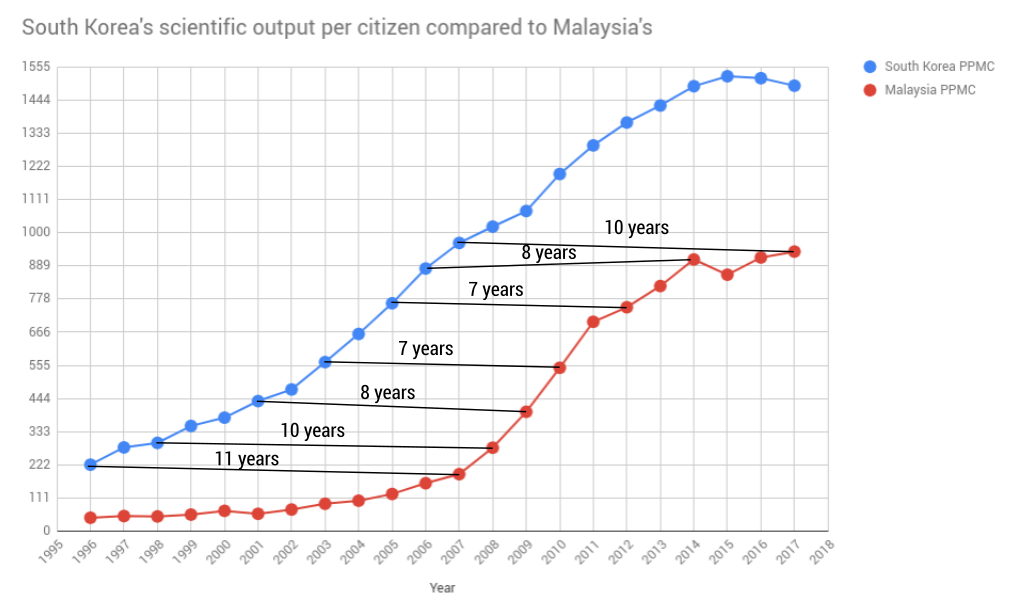