In November 2010, AnandTech reported about an SSD that was achieving 800 MB/second sequential read speeds:

In July 2018, AnandTech reports that 2700 MB/second SSD drives are available:

In fact, we will have to wait until 2053 to get PCIe SSDs that are as fast as DDR3 RAM’s last standard: 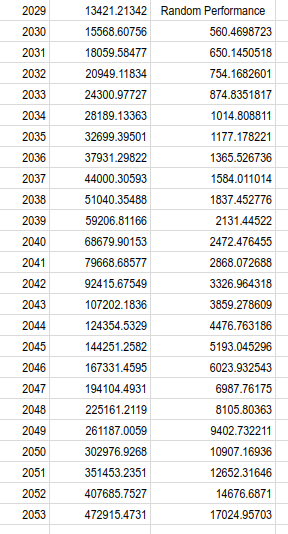 However, note that DDR3 as the beginning had a data rate of only 6.4 GB/s. SSD random reads will reach that speed somewhere around 2046.

As for DDR4, the maximum data rate is 25 GB/s, not that much more than DDR3’s latest data rate. If we extend the above forecast, we see that SSD random reads will reach that speed around 2056: 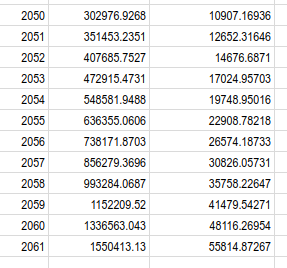 By that time new technologies may have made the difference between RAM and long-term storage obsolete, so that computers may only have one form of storage.

« Why Islam does not have a specific punishment for rapeOn dealing with anti-Muslim parents and siblings as a convert »
Learn Quranic Arabic with my book!
Available in both paperback and Kindle formats.