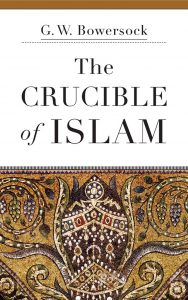 G. W. Bowersock’s 2017 book The Crucible of Islam is a very brief survey of the religious and political situation of Arabia in the centuries leading up to the coming of Islam. There is mention of the relationship of the Byzantines, Persians and Ethiopians with the Jews and Christians of Yemen and Arabia.

The purpose of the book is to shed light on the “crucible” in which Islam was made. Due to the extreme lack of documentary evidence on the situation in Mecca and its surroundings, the book is restricted to retelling the stories of a few major events in the surroundings that may (or may) not have had an important influence in the way Islam came about. The Ethiopians conquered Yemen and Christianized it. The Persians and Byzantines competed for influence over the region through their relationships with allied Arab tribes. I cannot really say that much light has been shed on the crucible of Islam; due to its briefness and the lack of documentary evidence, the book serves mostly to show how little we know about the reality of the facts on the ground.

. The Byzantine emperor Heraclius may have encouraged his clients the Ghassanids to do this in order to ensure that the Persians did not regain influence over the Medina region.

Below are some notes on (mostly minor) issues and errors that I encountered in my reading. 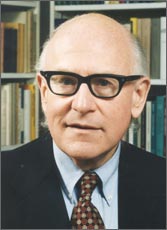 Glen Bowersock, Professor of Ancient History at the Institute for Advanced Study in Princeton.

And they attribute to God daughters—exalted is He—and for themselves what they desire. (The Quran, verse 16:57)

He considers the Wars of Apostasy an inappropriate label because he assumes they were majorly aimed at false prophets like Musaylama. But according to Muslim sources these wars were aimed first at tribes that refused to pay the zakat which they had paid during the time of the Prophet

. The war on Musaylama was a sequel to these, and rather than being directed at extinguishing a rival religion specifically, the war was an act of statecraft; Musaylama had established a state that was at war with the Muslim state, and the Muslim state responded.

He mentions the word ukhdūd as referring to the Trenches in the Battle of the Trench, even though the name universally used is khandaq. He mentions that chapter 85 of the Quran al-Burūj commemorates this battle when there is no relationship between the chapter and the battle whatsoever. This chapter in fact commemorates that killing of Christians by Yemeni Jews, a chapter of pre-Islamic history that Bowersock himself mentions often. The chapter of Quran the actually commemorates the Battle of the Trench is chapter 33, al-Aḥzāb (“The Confederates”).

He mentions that the relics of the True Cross had been moved to Baghdad in 614, possibly meaning al-Madāʾin because Baghdad did not exist at the time.

He says that the Prophet’s cousin ʿAlī b. Abū Ṭalib did not belong to the Quraysh tribe but to the Banū Hāshim, confusing clan differences with tribal differences. Banū Hāshim were actually a clan within Quraysh.

He mentions that the Prophet

“reconstructed” the Kaʿba. The phrasing implies that he did this as part of his mission. There is no evidence as far as I know that the Prophet

His treatment of the Dome of the Rock seems to suggest that he is unaware that the mosque (al-Masjid al-Aqṣā) is actually the original mosque that was established on the Mount. He expects the traveler Arculf to have seen the rock in the mosque, but since the mosque does not actually include the rock and is hundreds of meters away from it, it is quite natural that Arculf does not mention the rock. The Dome of the Rock itself is not a mosque but merely a shrine.

Related articles
The History of Salafism: The Making of Salafism by Henri LauzièreA Biography of Ahmad MoftizadehHow and From Where Do We Begin? By Ahmad MoftizadehThe Closing of the Muslim Mind and the Decline of Islamic CivilizationThe Atonement by William Lane CraigIslam’s Quantum Question: Reconciling Muslim Tradition and Modern Science
« Is it permitted to eat and drink while standing up?Does bleeding from the gum nullify wudu or fast? »
Learn Quranic Arabic with my book!
Available in both paperback and Kindle formats.