Brother, I've heard that orientalists are westerners studying Islam and their purpose is to cause distortion of knowledge among people about Islam. My question is, what orientalists really are and for what purpose do they study Islam? Thank you.

“Orientalist” is a word that was used to refer to Western scholars of Islam until the middle of the 20th century. It is true that some Orientalists had negative views of Muslims and this affected their research. But on the whole, Orientalists were like any group of Western academics (social scientists, historians), trying to objectively study Islam. The work of Orientalists was perhaps the greatest contribution to the field of Islamic studies in the 20th century. They helped solve various mysteries that Islamic scholars had not solved, for example the origins of the Islamic schools of thought (madhhabs).

Orientalists like Ignaz Goldziher (d. 1921) and Joseph Schacht (d. 1969) had a low opinion of Islamic scholars and they believed that the vast majority of authentic hadith narrations were fabricated by them. Their theories upset many Islamic scholars and made them think there was some sort of conspiracy against Islam (especially since Goldziher was Jewish). Regardless of their motivations, since they were working within a Western academic field, the field continued to develop and refine its theories, so that by 2000 the theory of widespread fabrication of hadith was disproven by other Orientalists (who are no longer called Orientalists), especially the scholar Harald Motzki. 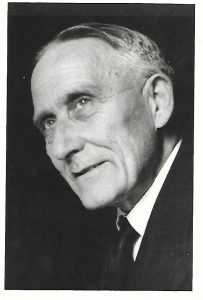 The French Orientalist Louis Massignon (1883 – 1962), a Catholic priest, was one of the greatest servants of the Islamic scholarly tradition in the 20th century and worked hard to increase Western respect for Islam. His students include important Islamic scholars and thinkers like Muhammad Abdullah Draz and Ali Shariati, and important Western scholars like George Makdisi who continued his tradition of respecting Islam and Muslims.

So it is unjust to color all Orientalists with the same brush. They were humans with different motivations, but the majority were trying to be objective in their study of Islam.

Additionally, their Western method of study is extremely valuable because it helps encourage balanced and objective discussion of the issues. Their method of study is now being adopted by Islamic scholars throughout the world since it is so valuable. In the past scholars from one school would often refuse to study the works of other schools and would defend their own ideas even if there was evidence that contradicted them. But the Western method of study, which requires publishing one’s ideas in papers that are peer-reviewed by other scholars, makes it impossible to defend false ideas for very long.

In this way, today’s Western field of Islamic studies, which was established by the Orientalists, is helping make the life of Islamic scholars much easier because their research is so objective and high in quality. Examples are the works of Frank Griffel and Kenneth Garden on Imam al-Ghazali, which have helped completely change how we understand this important scholar (they show that he was not against philosophy, quite the opposite).

Related articles
Islam’s Quantum Question: Reconciling Muslim Tradition and Modern ScienceThe History of Salafism: The Making of Salafism by Henri LauzièreThe Way of the Spiritual MuslimIslamic Law and Jurisprudence: Studies in Honor of Farhat J. ZiadehOn becoming an Islamic scholar
« Why Digital Piracy is Ethical and NecessaryIjmāʿ as Scientific Consensus: Defining Consensus in Islam and Ending Its Abuse »
Learn Quranic Arabic with my book!
Available in both paperback and Kindle formats.